This is a guest contribution from Rudraksh Sharan.

Having followed the crash of 2008 and the stock market in general for the last several years, it was amazing to see how the banking industry had crashed and several of the leading banks were continuing to rebuild and recover. I was personally shocked to see this crash and started reading about it and tried to appreciate the financial dynamics that led to it, which was just scratching the surface. As a follow-up to this – I also started tracking the stock and news pertaining to banks such as Citibank, J.P. Morgan, Goldman Sachs and Bank of America.

Listening to the news and reading stories about these banks, I realized that though there was a lot of information available, it probably was not something that could easily be utilized by a regular person to make investment decisions or buy a stock. Then I tried to focus on the fundamentals (which I continue to learn) and started realizing that this clearly was one of the lowest point for the banking industry in a very long history – which I thought was NOT a true reflection of the value banking provides to this global economy. Then I looked at the fundamentals of these banks mentioned above and thought of tracking them first, without investing. After a few months I went ahead and bought a some Stocks of Citibank and Bank of America.

Soon after buying, they both crashed once again. I decided not to get distracted and stayed put as I strongly believed the banking industry was at a low point and with its importance to the global economy, they would not only recover but would continue to grow. So in effect I decided to hold onto my belief about the industry and about these two banks which did not change based on the short term movements and distractions of the media.

I am still holding on to these two banks and continue to be assured that they will provide me the value and growth over the long-term. I remain confident, and stay determined to keep these stocks until I achieve my goals that I set out to achieve! Bon Voyage to all of you out there as you set course on your respective journeys! 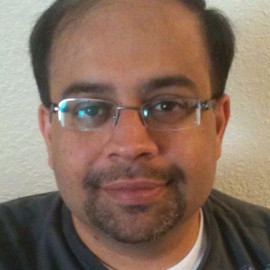 Rudraksh Sharan is an investor. He works for a pharmaceutical company in USA and make investments in Indian & American markets.

Mental Journey of Buying a stock and Keeping it!