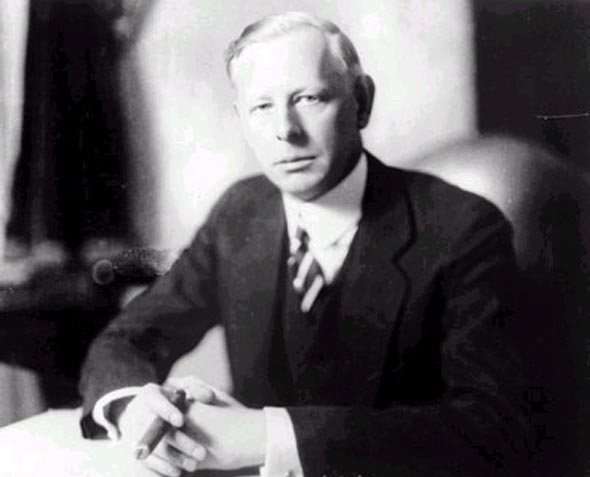 Jesse Livermore one of the world most admired trader of the wall street is much better known as “The Great Bear of the Wall Street”.

“There is a plain fool, who does the wrong thing at all times everywhere, but there is the Wall Street fool, who thinks he must trade all the time.”

“The chaps at the bucket shops seeing what a kid I was, always thought I was a fool for luck and that was the only reason why I beat them so often.”

“If a stock doesn’t act right don’t touch it; because, being unable to tell precisely what is wrong, you cannot tell which way it is going. No diagnosis, no prognosis. No prognosis, no profit.”

“After spending many years in Wall Street and after making and losing millions of dollars I want to tell you this: It never was my thinking that made the big money for me. It always was my sitting. Got that? My sitting tight! Men who can both be right and sit tight are uncommon.”

“I never argue with the tape. To be angry at the market because it unexpectedly or even illogically goes against you is like getting mad at your lungs because you have pneumonia.”

“I had learned a great deal about the game of stock speculation, but I had not learned quite so much about the play of human weaknesses.”

“In addition to trying to determine how to make money one must also try to keep from losing money. It is almost as important to know what not to do as to know what should be done.”

“Wholesale dealers in securities, manipulators, pools and individuals resort to various devices to aid them in disposing of their surplus holdings at the best possible prices. The circulation of bullish items by the newspapers and the tickers is the most pernicious of all.”

“The reputable newspapers always try to print explanations for market movements. It is news. Their readers demand to know not only what happens in the stock market but why it happens.”

“When the stock you are manipulating doesn’t act as it should, quit. Don’t argue with the tape. Do not seek to lure the profit back. Quit while the quitting is good—and cheap.”

Books
#1. Reminiscences of a Stock Operator

#2. How to Trade In Stocks, By Jesse Livermore

The only book even written by the Legend himself. In the book, he has outlined some of his trading rules and principles which helped him made millions from the market.
Use of pivotal theory to trade the stocks and Livermore key will help any trader understand the very simple but very rewarding trading system. He also detailed out reasons for some of his own personal trades in commodities and stocks. A MUST READ FOR EVERY TRADER.

You can buy the Books from the Amazon links mentioned above.

How a 14 year Old Kid Transformed Himself to Become the Greatest Trader of Wall Street?