Human element is a very important aspect in trading as market consists only of human beings. They are the one who regulate and trades in the market. So, markets are surely governed by the human characteristics and behaviors and the factors which influence the behavior and psychology of people also influence the markets. To be successful in a human managed and governed business, its a prerequisite to understand the elements which controls and govern our behavior.
Trading journey is all about transforming yourself from an inspiring trader to a “Great Trader”. Any successful trader learns how to control and reduce the element which will force them to commit mistakes and prevent them from making money and being successful. And one of the biggest among all those is Human weaknesses.

How the greatest speculator of wall street gone broke after making millions from the markets?

Jesse Livermore one of the greatest known trader of the wall

street made fortunes from trading the markets and gone broke many times after making these fortunes. In his books “How to trade in stocks” and “Reminiscences of the Stock Operator” he illustrated how he developed his market understanding and knowledge during the course of his trading journey which helped him made millions from the market and helped him known as one of the greater speculator of all times. He also lists out how even after being so good with his market understanding and being one among the followed trader around the globe lost those millions he earned and later gone broke a number of times “Just” because of his foolishness and his inability to control his human weaknesses.
He said:-


I had learned a great deal about the game of stock speculation, but i had not learned quite about the play of human weaknesses.Jesse Livermore - The Great Bear of Wall Street
This proves to the fact that even the well known and experienced traders and investors commit same mistakes because of their human weaknesses (i.e. trading on hope and fear).
It becomes important for a new aspiring trader to understand that even after attaining lot of market knowledge, information and making large sum of money from markets, there is one biggest and important unexplored element which needs to be learned and explored which is “YOU”.
So explore, learn and understand the human nature, its strength and weaknesses that can help you avoid committing same stupid human errors and mistakes again and again.

Read the story – How a 14 year old kid Transformed Himself to become the Biggest Trader of the Wall Street?

Researchers and analysts all over the world had similarly outlined the importance of the human element and the major role it plays in trading or any other business in the world. It is being said that 90% of the people lose money in the market and study had concluded that most of the traders who go broke or lose is the markets is not because of lack of understanding or efforts on the part of the traders but mostly because of more repetitive common human mistakes.

#1 – Being Too Optimist Or Too Pessimistic

The only way to overcome the human weakness is stop being “Too Over optimist or Too Over Pessimist” at any time. Every trader needs to draw up a balance between the two to make a success in trading. That’s why not only the aspiring ones find it difficult to adjust self with the changing dynamics of the market but also the experienced one who are trading the markets from years.
Any trader who is too pessimist becomes a prey with their short positions right at the bottom of the move or they fall under the trap to exit their profitable trade too early even when they knows that they are sitting right in the direction of the market and the markets still has a long way to go. Traders who become too optimist tend to over trade, buy at the tops and in turn suffer huge losses.
The ultimate solution for the trader is to create a mix of both the element in right proportion. Being optimistic without any degree of pessimism will prevent you exiting the markets at the right time with profits while being pessimistic without any degree of optimism will prevent you enter into a trade in the markets even after your rules specifying the same.
New Traders should not be too scared to determine the right mix during the early days as same can be developed and improved during the course of their trading journey and market experience.

Every trader (aspiring or professional) needs to make it into their learning to control their human habits of being greedy and fearful. Trading decisions which are based on any unknown reason will lead to only one result – Losses & Yes More Big Losses.
To overcome these inherent human habits, traders need to frame up mechanical ways to trade the markets and that can be achieved only by developing and framing a “Right Trading Plan”. A pre-defined plan will help you take your trading decisions only on your willful thoughts and on pre-verified rules and reasons. Framing your trading plan and developing a habit of following your plan strictly go hand in hand.
Read : Getting Started With Started – Important Aspect of Trading.

All the traders, specially the newbies, should spend a lot of time and efforts to develop and improve their trading plan regularly with new trading experiences and learning. A well defined trading plan which is according to your trading style will clearly state your plans to enter and exit a market, rules to protect your capital & profits, and number of trades you are restricted to take and many more. These rules will reduce and help control your eagerness to enter and exit the market more often and trading on news, rumors, greed, fear and will ensure you are trading according to your planned and pre-verified rules and setups.

Every trader should be a learner. Always be anxious and ready to learn something new  Don’t be a fool saying and thinking that now you know all about the markets and trading. Be curious to improve your knowledge about markets, human psychology ans financial elements. After having series of successful trades or years, it becomes a habit of human to start being too over confident and lenient with things. As market situations tends to change with time and sometimes very abruptly, so the trader needs to be in sync with the changing nature of the market and same can be achieved only by regular learning and updating self at every step of the trading journey. Warren Buffett (84 years old) says he still spends 80 percent of his time reading and thinking.

Take a Break
Take a break after a series of successful trades or whenever you feel that now you “Know It All“. Livermore used to go fishing on his yacht whenever he had a series of big profits. He said too many successes are dangerous for the trader as he started to feel that he is the marker of the market and he got all the control over his trading business, markets and himself. It is important to stay out for while from the markets to get you a glimpse of the markets from a distance.

People who enters the market with a frame of mind that this is a quick rich casino get hurts very badly as with less knowledge and market understanding and experience they starts to trade big early and commits stupid mistakes which forces the markets to throw them out from this business forever.


Most of the new traders start enthusiastically, and try to put as much money they can afford and when things become a bit difficult they start to lose their capital, faith and patience and forget trading forever.
People unfamiliar with trading business or those who haven’t tested trading the real markets with real money has the dilemma that trading is as simple as just picking a stock, buying it lower, selling it at a higher price and make some “quick money”. Once you start trading, you realize that it more than just buying & selling the stocks or markets and will encounter with all the different aspects of trading business – Psychology Management, Money Management, and Trade Management.Excerpt from Article 'Starting Small'

Many new traders blames others (including the markets) for their trading losses. They starts to make excuses why their trades turn into losing one because of some friend who advised them with a market tip, or analysts coming on news channels who advised them to buy or sell something, or blames the market saying so that they did right but market turned the other way, or some even blames that there is some insider who is turning their each trades into losing ones. Traders here should understand that there trades are there responsibility and they themselves are to be blamed for any losses or trading blunders they incur. So, we have to accept the complete responsibility for all our trading activities.
Mistakes will always be there, sometimes small and sometimes big, 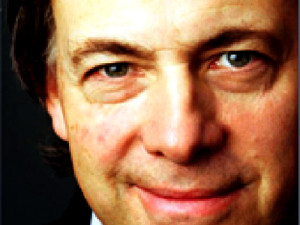 but it is important for any trader to learn from these mistakes and make a note of not repeating them again in the future.

Ray Dalio (founder of world`s largest hedge fund – Bridge Water Associates managing some $150 billion) says that Innovation requires making mistakes. Mistakes are a good thing, as they provide an opportunity for learning. If we could figure out what we (or someone else) was doing wrong, we can use that as a lesson and learn to be more effective.

Instead of learning from other people’s success, learn from their mistakes. Most of the people who fail share common reasons whereas success can be attributed to various different kinds of reasonsJack Ma - Founder of Alibaba.com

Traders should prioritize to understand and learn more about human behavior and psychology that can help prevent them committing similar mistakes again and again otherwise people with snatch your money away from you and believe me they won`t feel bad at all.

2 thoughts on “How to Overcome Biggest Human Mistakes & Weaknesses in Trading?”